Cosm.os was my industrial design honours project. it was born out of a mix of my fascination with systems thinking, and my difficulty reconciling the positive community aspects of social media and the negative aspects

Cosm.os aim was to change how we look at social media. Through depicting an abstract and interactive representation of social network systems cosm.os hopes to encourage us to examine how we see social media and our interactions with it

I developed a few different elements for this project this included two interactive objects, a digital system simulation, a projection table and two plinths to display the objects 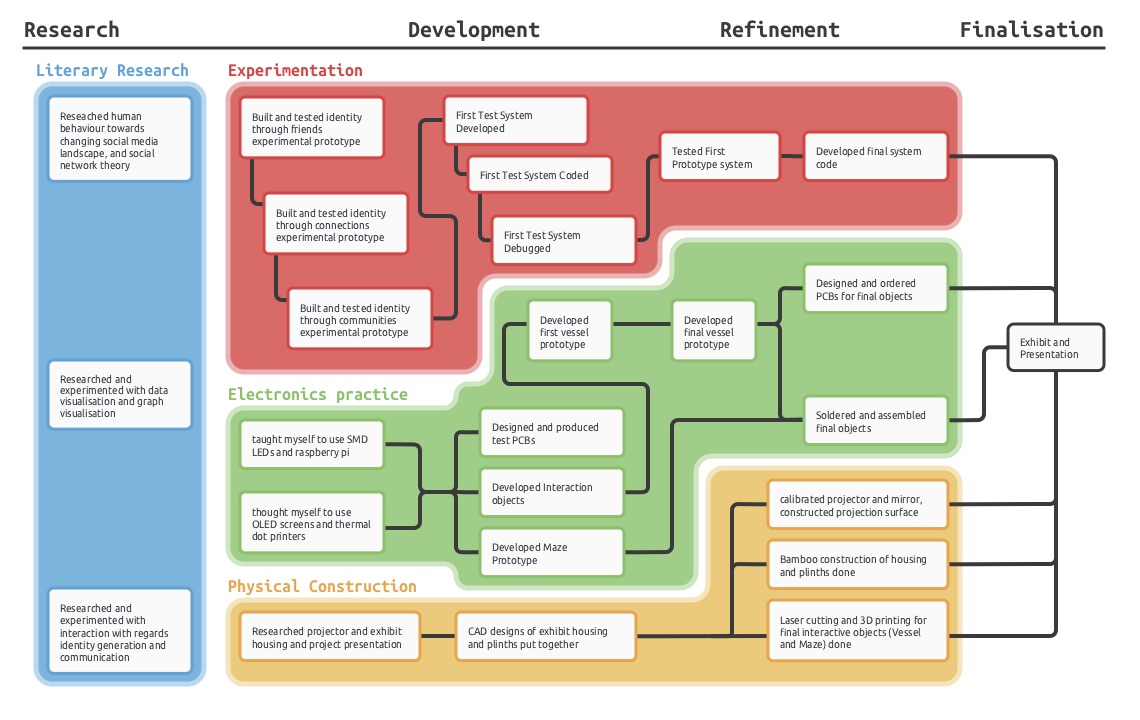 To enable people to experiment with social situations, communities, and identities, and by doing so develop insight into the social systems that make up our digital lives

Completed during the first six weeks of the academic year, this experiment somewhat of a proof of concept of the idea of visually presenting social connections. Data was gathered in the form of a very light survey which presented participants with generated identities with a set of traits and asked them the simple question of whether they get along. This information was then collated together and presented using a “D3.js” based force node graph.

The first experiment conducted under the umbrella of social simulation was the links and nodes experiment. This system revolved around the measurement of interactions and memory, and how that would affect future interactions. Participants could create their own identities to insert into the system as nodes and apply to them a set of behaviours which dictated how they moved about the space.

The second experiment centred around the organisation of groups into discrete clusters which self-censored communication between its members and other clusters. The original premise of this was to mimic the communication methodology incorporated by the Mastodon social network platform. 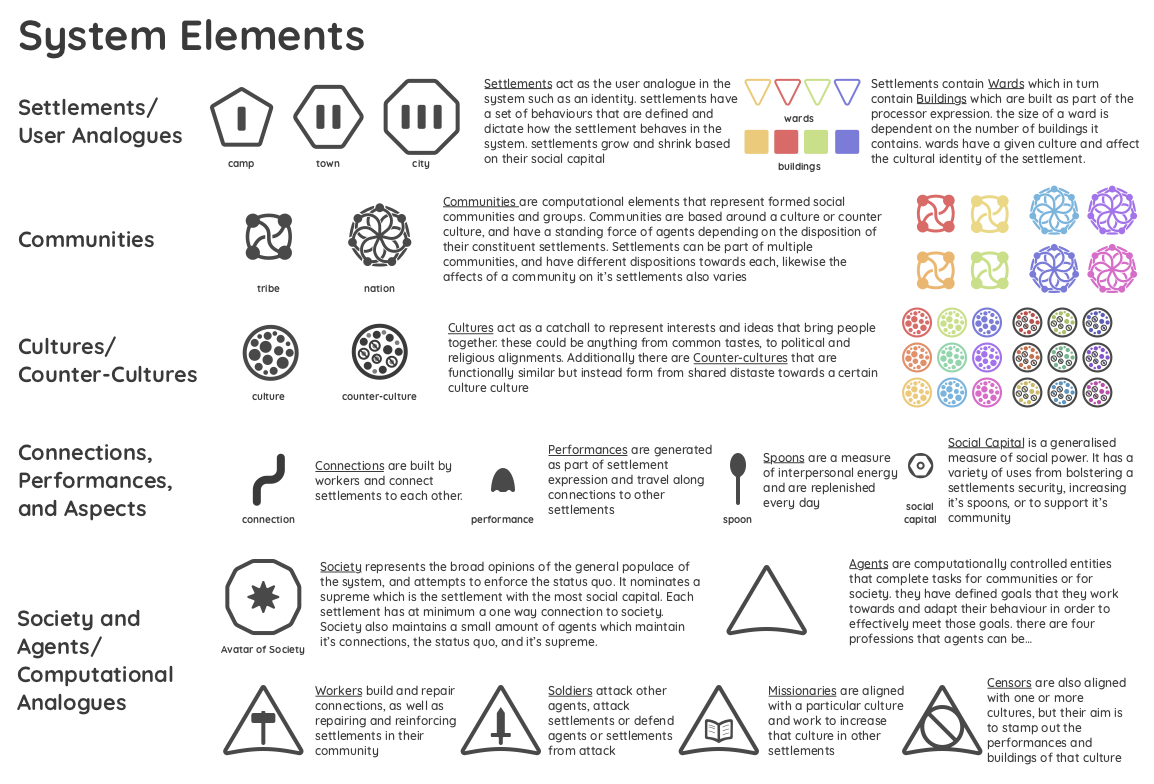 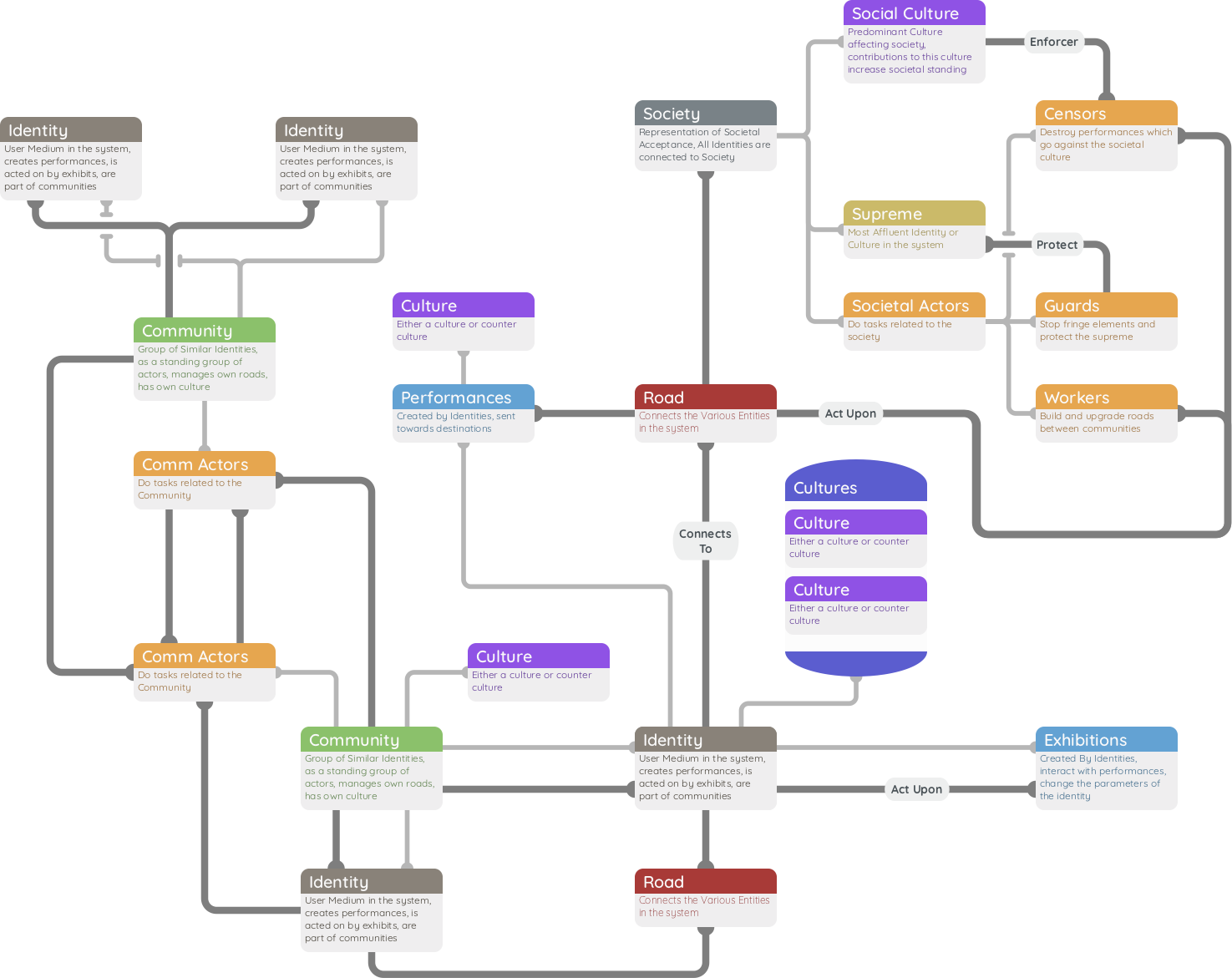 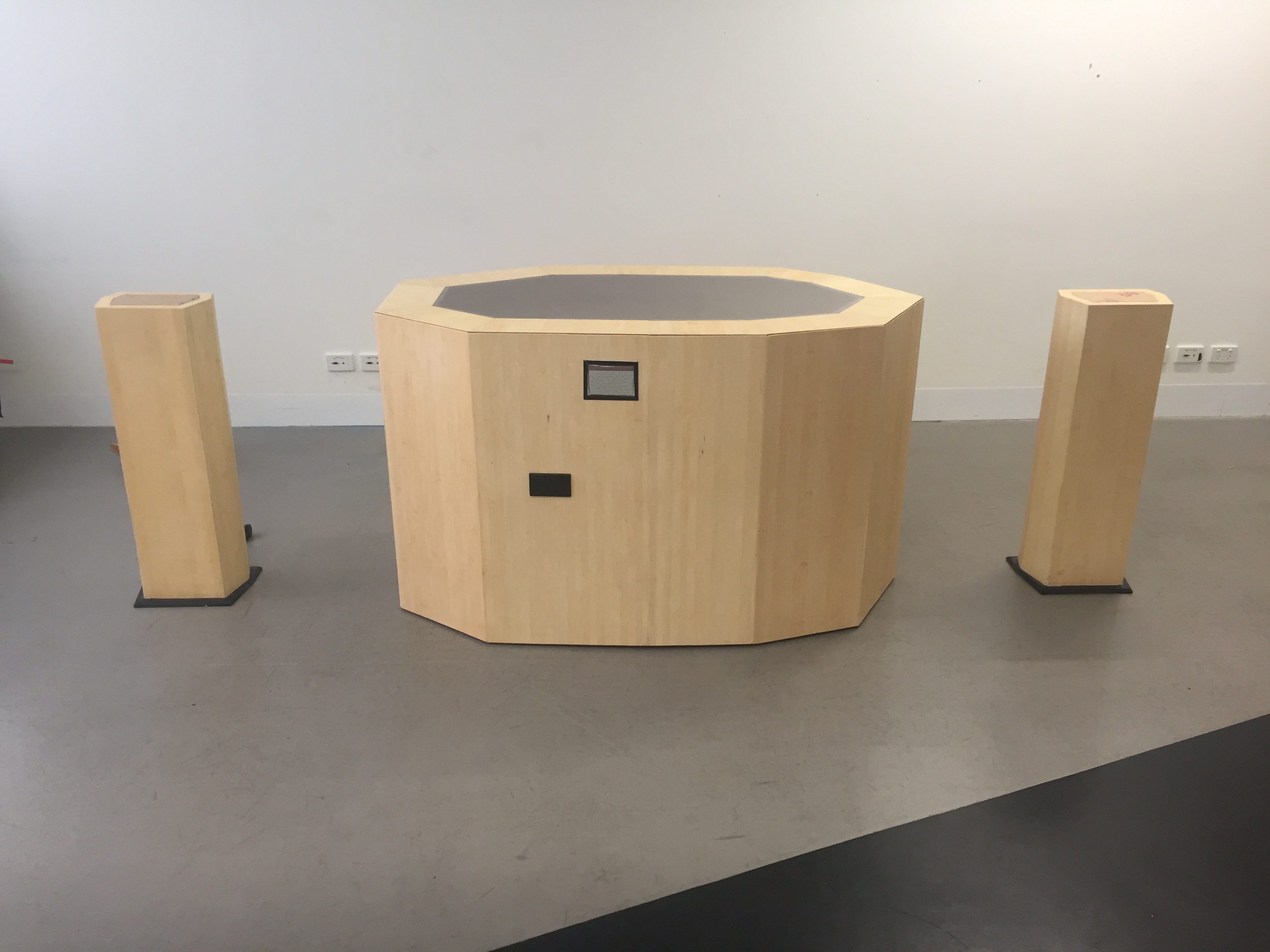 The body and large structure of the exhibit consisted of a bamboo structure housing a projector mirror assembly that projected the simulation onto the acrylic screen above. Two lit bamboo plinths designed for the final two interactive objects to sit upon sat beside the main piece. The pieces, for both designs, were CADed up and CNCed then attached to a hand-cut plywood frame that also supported the projector and mirror. 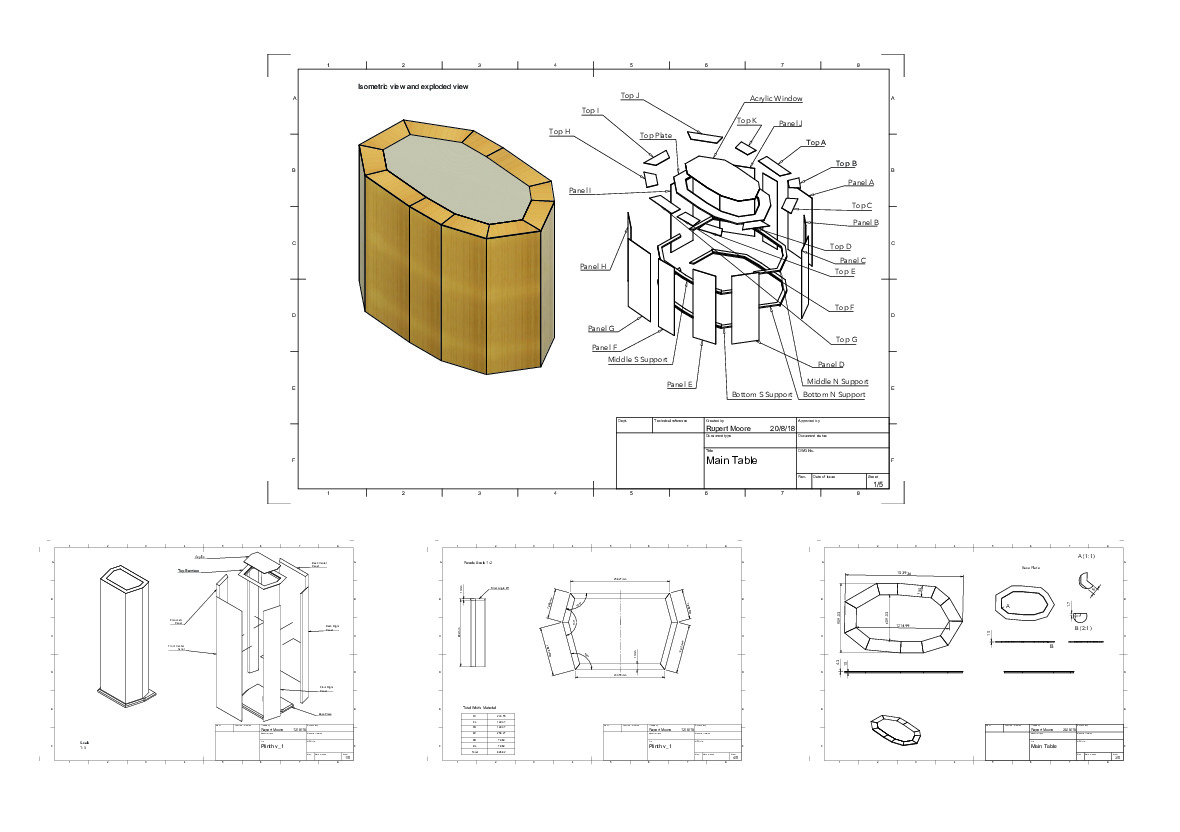 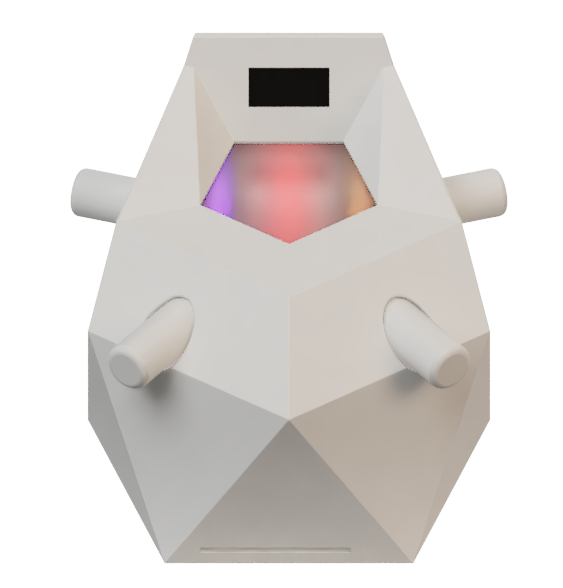 The first object, Vessel, was designed around being a point of identity generation, I was inspired by themes and stories around alchemy and the creation of life. The object empowers the user to pick hashtags or traits to apply to their identity and then sends it off into the simulation where it behaves, and it is treated based on the characteristics it is given. The traits were designed to be either vague and difficult to make sense of, or too general to be useful, this choice was an attempt to show how the way computers, algorithms and even modern machine learning systems make decisions about how social interests on traits and behaviours that users may not be aware of or see importance in. The object consists of an infinity mirror with custom LED boards, an OLED Screen, a set of 6 rotary encoders, a thermal printer, and a custom controller PCB, designed and made by myself. Code can be found here 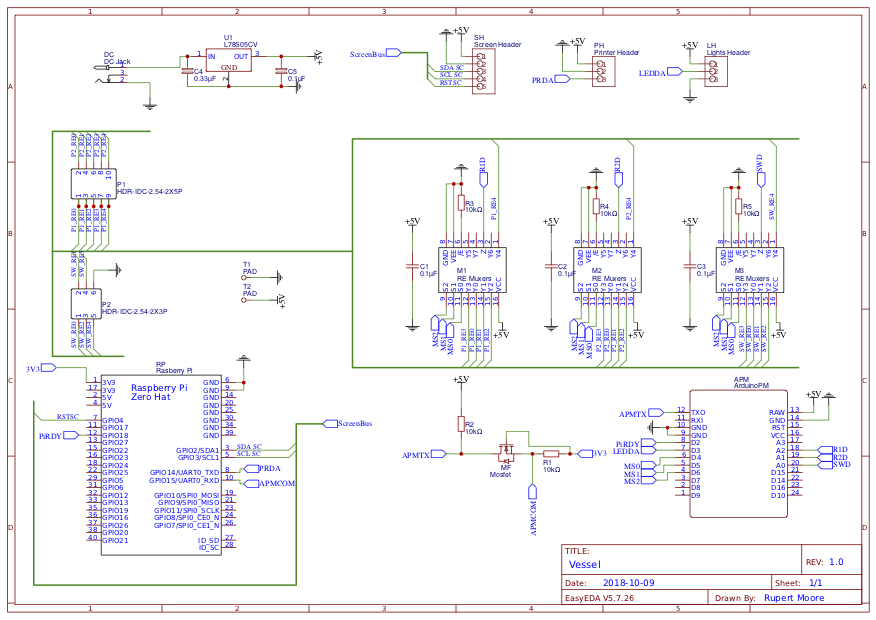 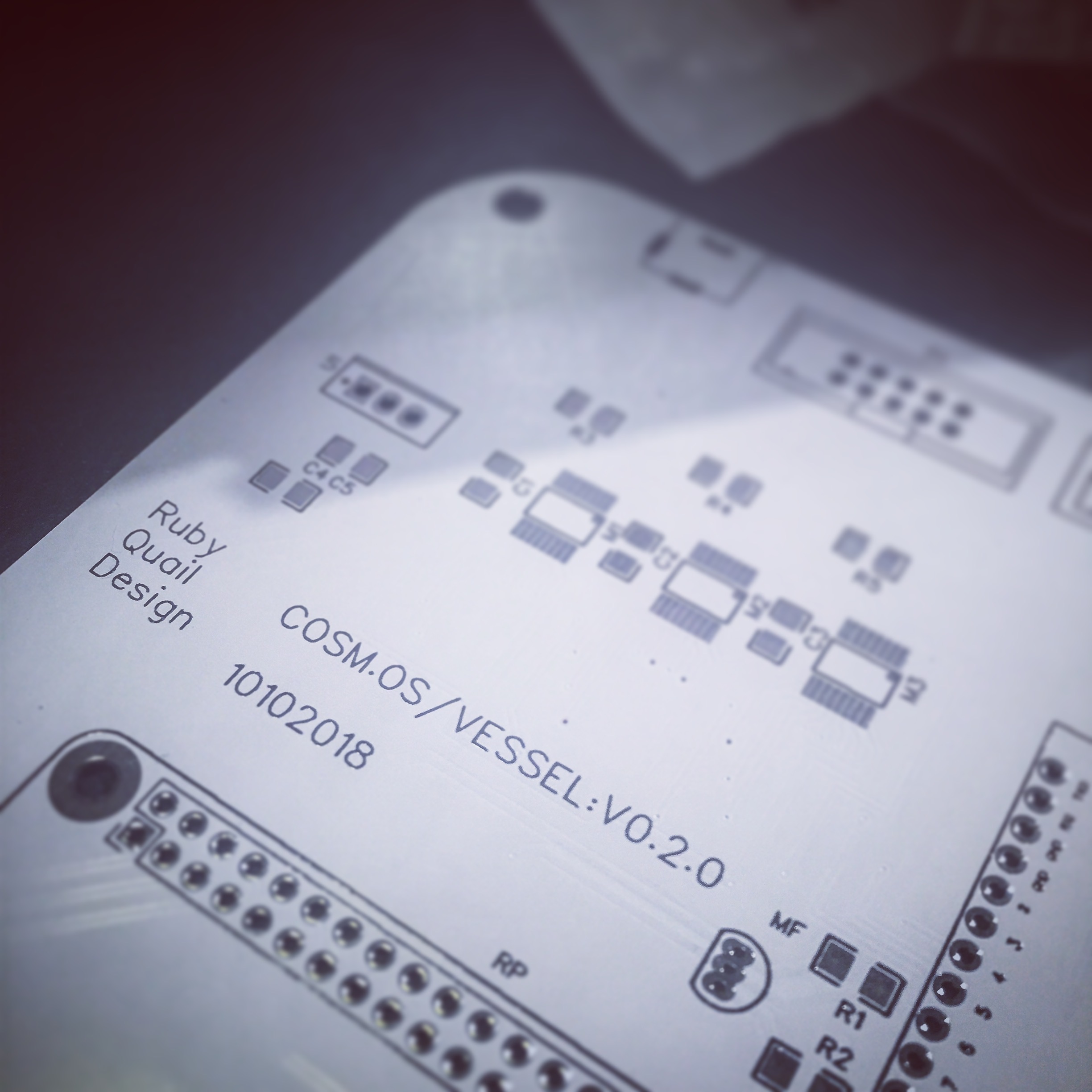 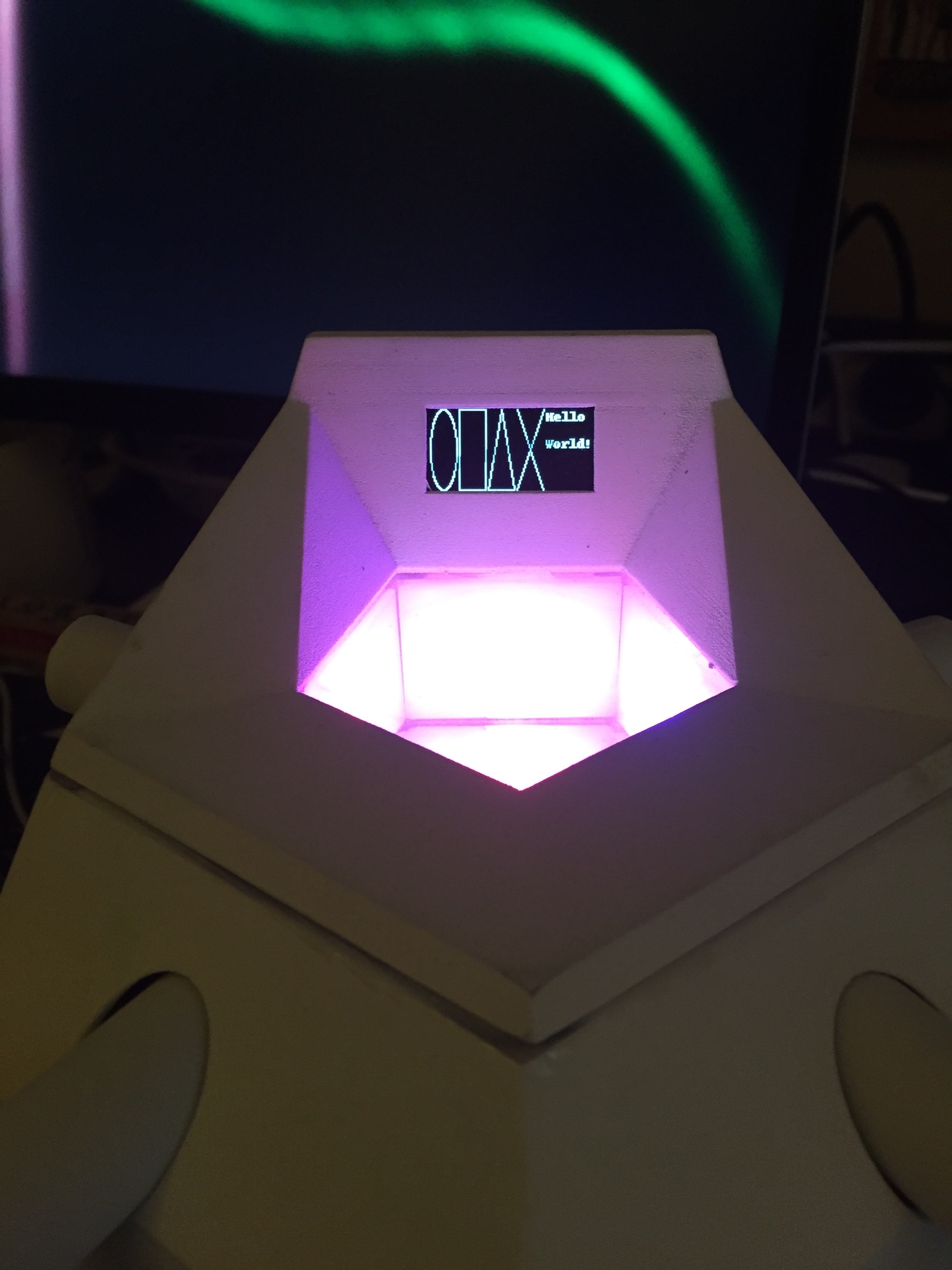 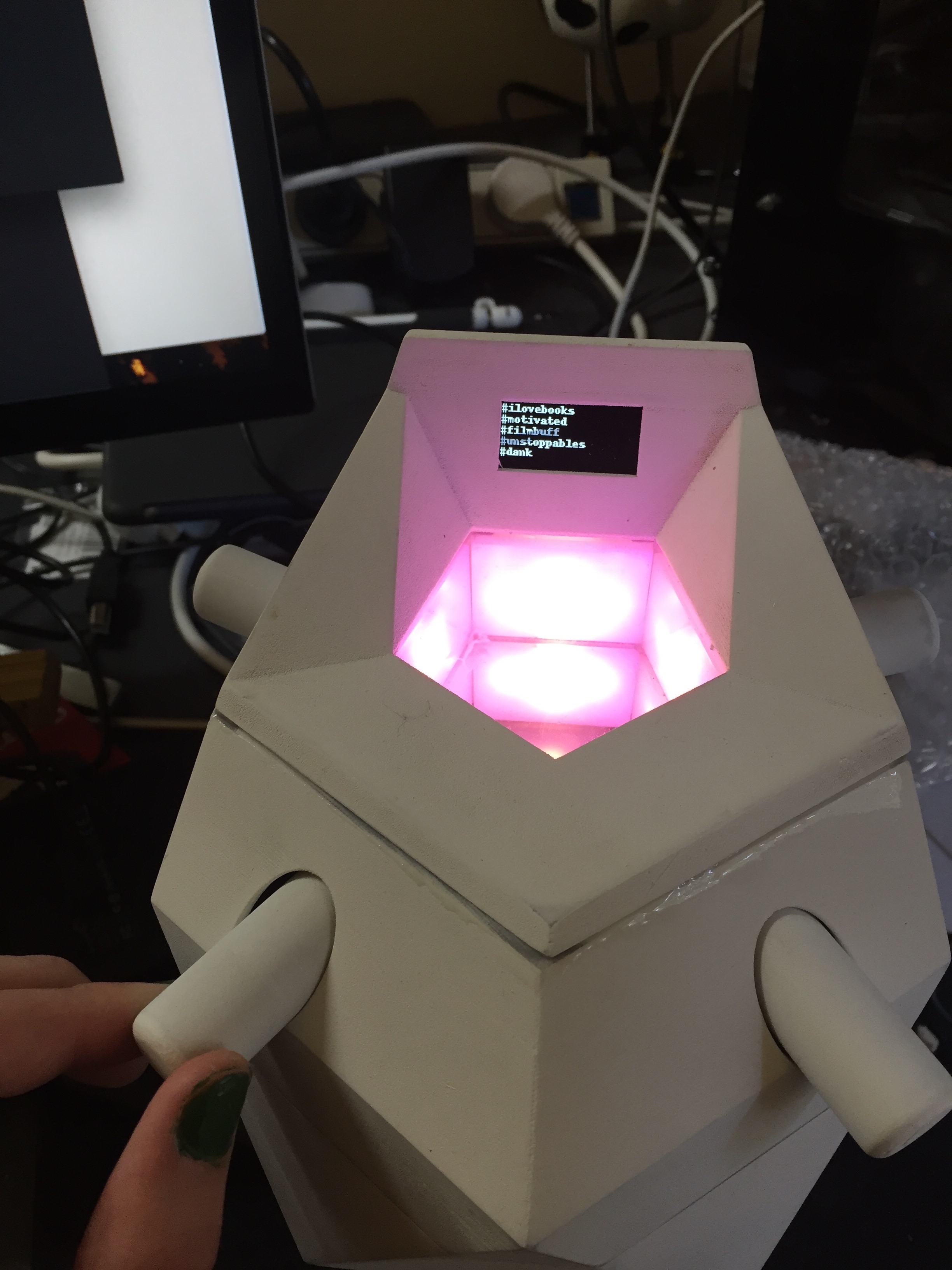 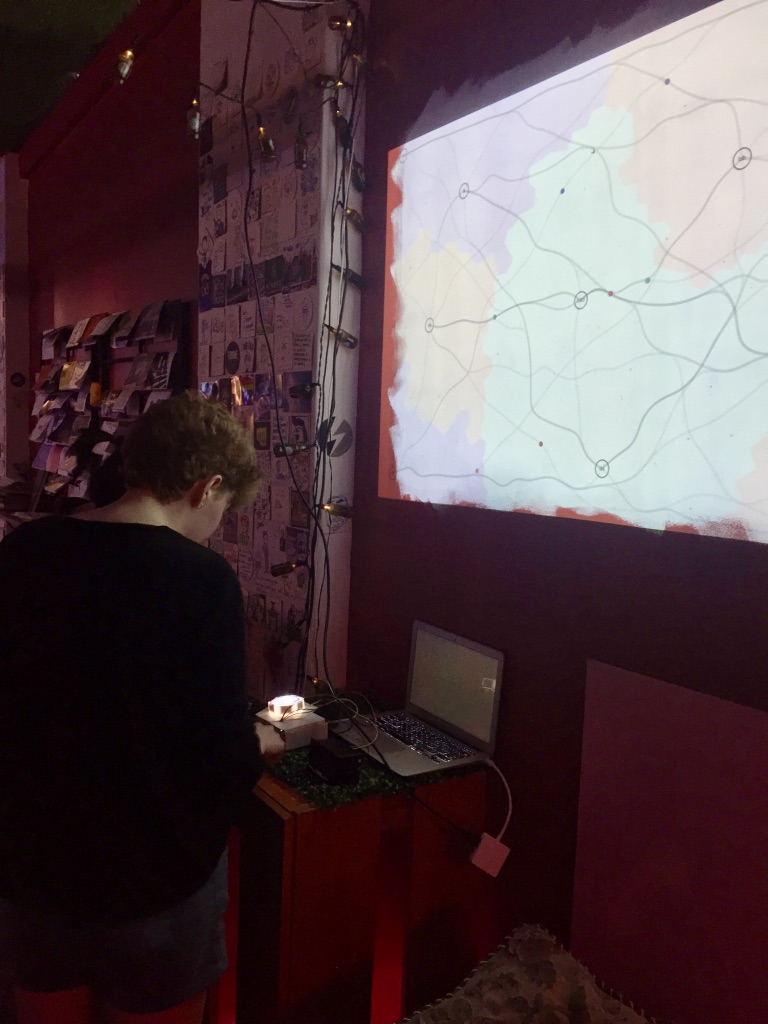 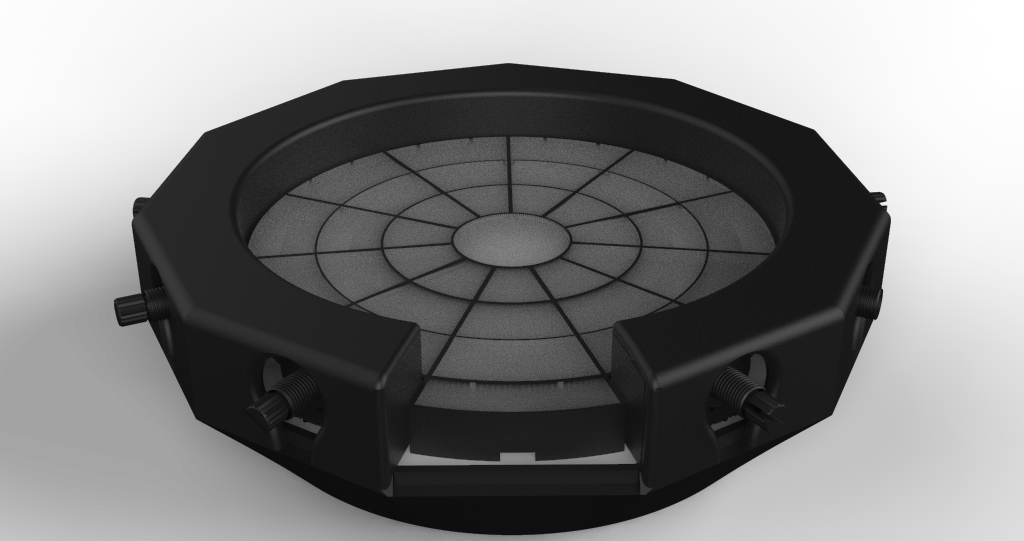 The second object maze came from an anecdote I was told to by a friend, they mentioned how navigating social situations, both online and offline, can feel like navigating a maze. Hearing this I thought about flipping that idea on its head and giving users the ability to design a maze as an interactive way to change the parameters and behaviours of the system. Maze consists of a custom LED array, a control board, and a set of 10 potentiometers allowing for a user to change the controls. Code can be found here 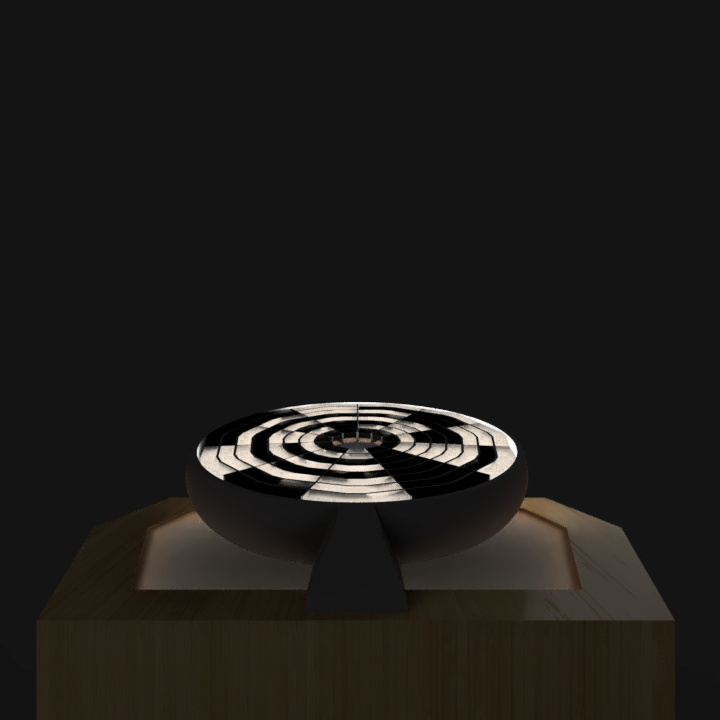 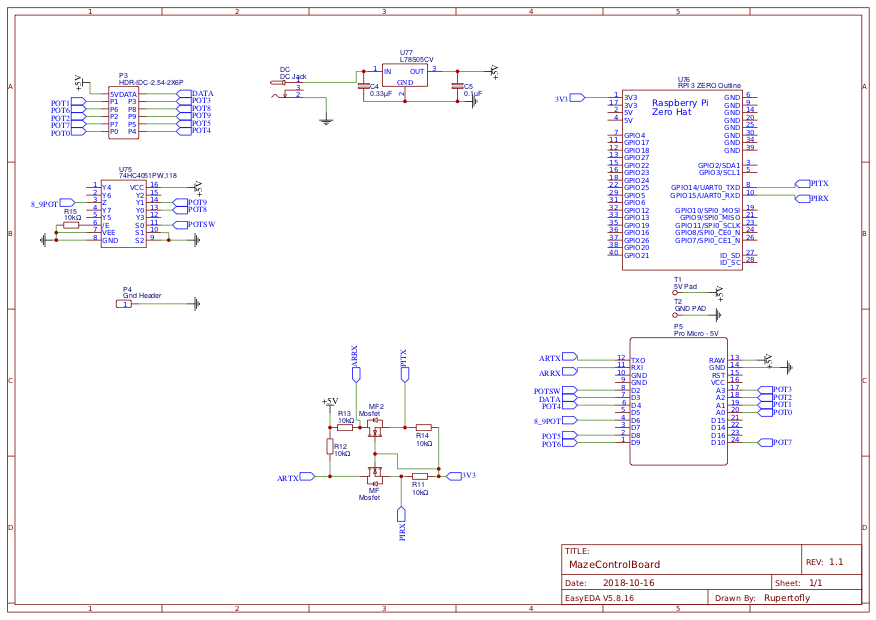 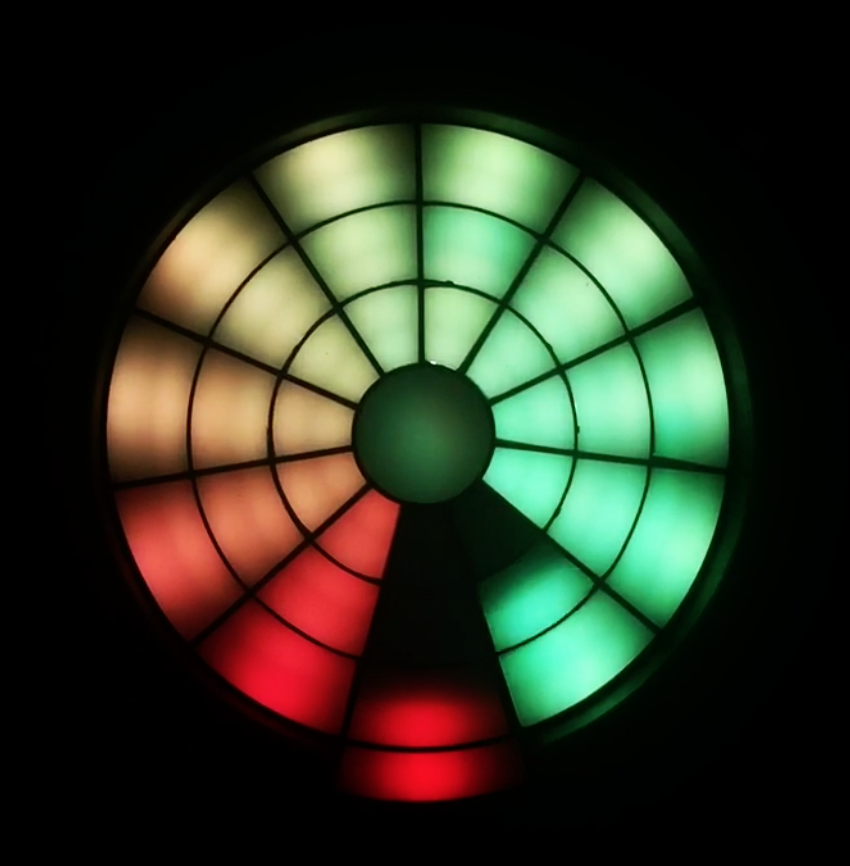